“Québec is a safe and welcoming place for people of sexual and gender diversity, particularly in the city of Montréal, home to one of the largest gay villages in the world.”

A pioneer for equal rights, Québec was one of the world’s first jurisdictions to prohibit all forms of discrimination against homosexuals.

Homosexuality was decriminalized in 1969 and is now listed in the Québec Charter of Human Rights and Freedoms as a prohibited ground of discrimination. From equal to legal... It just took a law. In June 2002, the National Assembly of Québec unanimously passed a law recognizing civil unions between same-sex couples, giving them the legal freedom to adopt children or seek assisted reproduction. It goes without saying that married couples in Québec’s LGBTQ community enjoy the same rights as heterosexual couples.

Maybe this will inspire you to pop the question or even marry your life partner during your visit to Québec!

Montréal is the metropolis of the province with more than 2 million inhabitants, and it boasts Québec’s largest gay district: the Village. Renowned worldwide, it is located around the Beaudry metro station and is a hub of festivities come summer.

The Village is home to more than 60 restaurants, shops, patios, a couple dozen bars. A true crossroads of diversity, the Village is frequented by people from the LGBTQ+ community as well as heterosexuals, families and seniors. A second village is emerging in the Mile End neighbourhood.

In Québec City, Rue Saint-Jean is home to most of the LGBTQ+ businesses, and it’s festooned with rainbow flags. The bustling area features cafés, restaurants and shops. Le Drague Cabaret Club is Québec City’s most well-known LGBTQ+ bar.

Québecers like a good party, the LGBTQ+ community included. Here are some activities that might interest you.

July – The Festival MTL en Arts event showcases visual arts in the Village, and features artistic performances and works by some 200 artists.

August – Montréal Pride is more than just a parade, it’s the biggest LGBTQ+ festival in the francophone world. Eleven days of dancing and shows, capped off by the dazzling parade.

October – The Carnaval des couleurs is a cultural event uniting the multi-ethnic, cultural and LGBTQ+ communities of Montréal’s cosmopolitan mosaic.

October – The Black & Blue Festival has been celebrating the gay community’s lifestyle and culture since 1991. This event welcomes gay and heterosexual men and women, without discrimination.

November – Founded in 1987, Image+Nation is Canada’s first LGBTQ+ film festival, and the second in North America.

August to September – The Québec City Pride Festival is a socio-artistic celebration of LGBTQ+ pride in the heart of Québec City. Free shows, animation, theme nights and more. 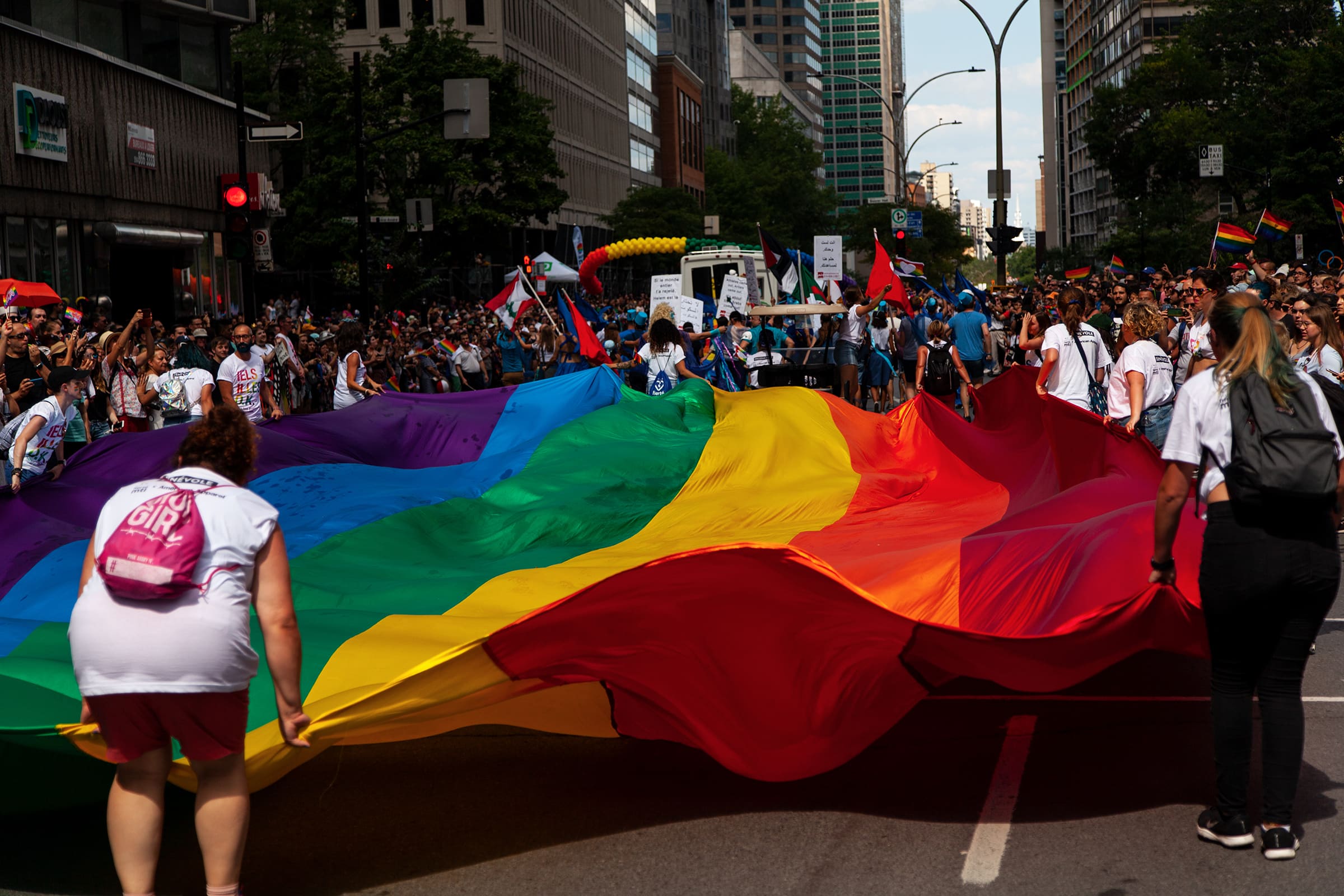 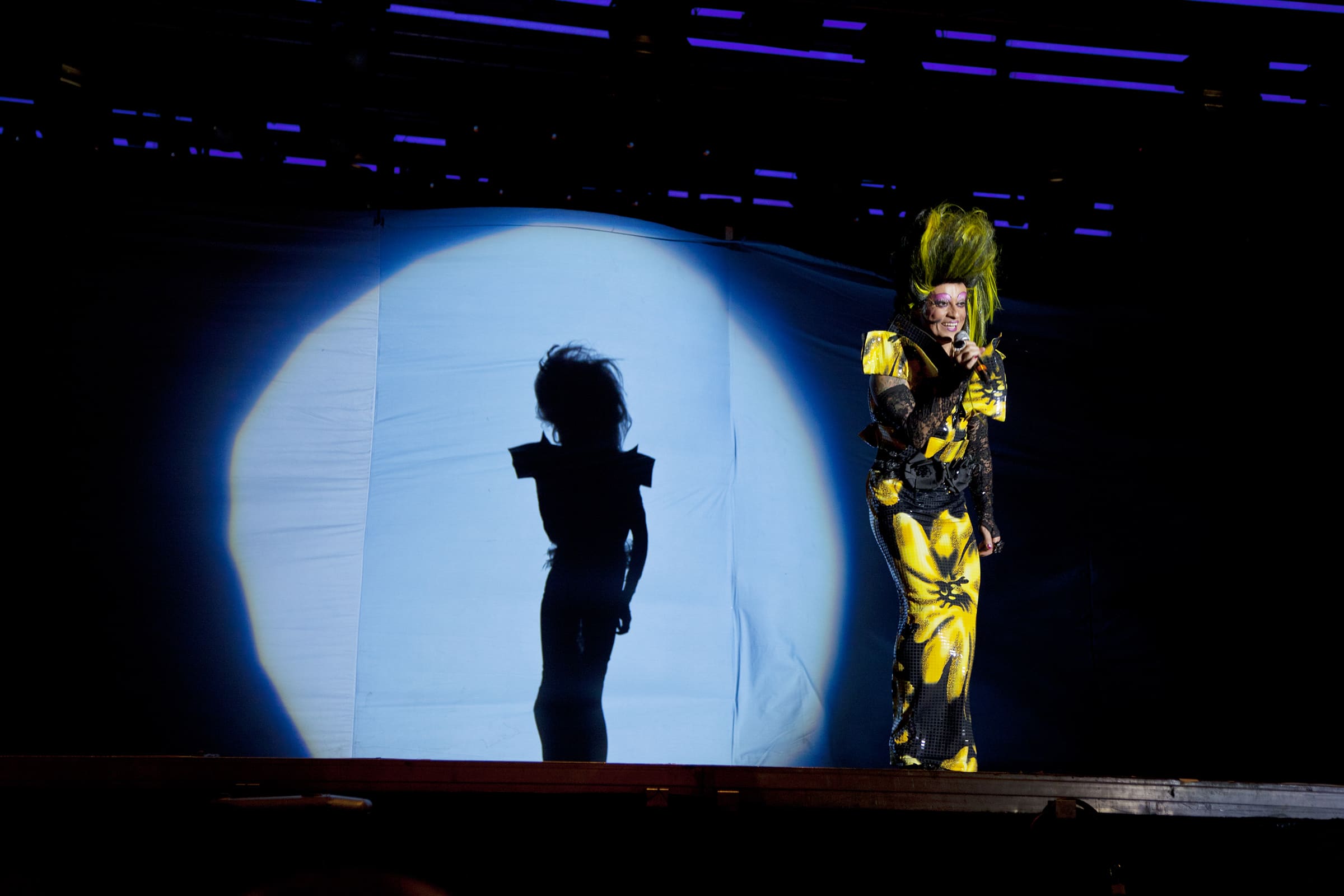 To help you find the ideal accommodation for your stay, our search engine includes a clever algorithm that will find all the LGBTQ+ friendly locations. In the search box (upper right), simply enter “LGBTQ+ accommodation” or “Gay friendly” for the desired results. Welcome one and all!